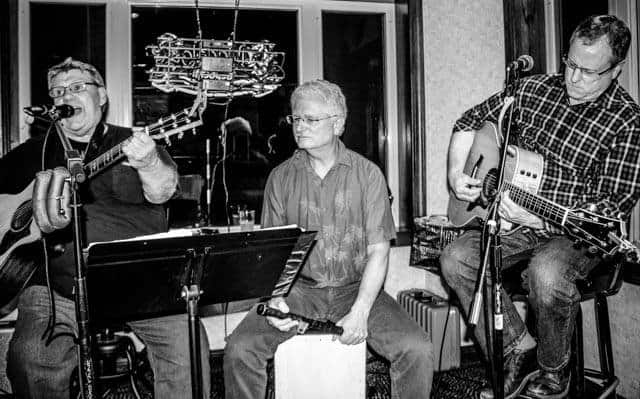 Jeffrey Pulvermacher: “Music”
This is something near and dear to my heart. It’s been instilled in me from a very young age. My parents encouraged myself, and my brothers and sisters to include song into our daily activities. The family reunions, the rides in the car, washing dishes, so many things we did included music. Remember when, (at least people from my generation)……. would go to a friends house and say ……Oh call for Bernie, now in my world that was always kind of sung.

I would watch a T.V. show on WTMJ in Milwaukee, called, Joe Shot and the Hot Shots, which had a country western theme to it. There was an entertainer on there buy the name of Dick Dale I believe. He played guitar and sang these simple three chord songs. I looked at that saying, “man” I’d love to do that some day. With help from my uncle Bud, who took the time to show me basic things I needed to do to make a note sound clean, not buzzing, along with my parents who had the insight to recognize a desire burning deep down inside my core, to put up the cash for verious guitars I had through my struggling days as a “ROCK STAR” yeah right!

“HARMONIES”
I’d listen to music my parents had on the radio, along with stuff us kids were into (DOO-WOP) ! I’d ask my ma, while singing harmony, how do you know where and what part to sing, and she’d say ” just LISTEN, and sing where no one else is singing. Just that simple!

“PRACTICE”
Now at first, I had different intrests’ as a kid, and my mother would say have you done your guitar practice today? I said I’ll do it later, She’d say “we didn’t get that guitar for you to have it sit in the case”! Thanks to both mom and dad eventually that frame of mind was sinking in, and I noticed girls liked it. Far be it from me to disappoint the ladies.

“PLAYING”
Playing for the first time to an audience was full of mixed emotions. I remember it like it was yesterday. It was at a bake sale in my third grade class. We were trying to raise money for the Pagan babies. I had three songs in my repituor. … Hound dog,….(ELVIS)…..Poor little fool….(RICKY NELSON)…….and. …..Dream. …… EVERLY BROTHERS. From the reception I received, practice took on a whole different meaning! Chick’s dug it!

“First band”
First band was “THE MATADORS“. SCOTT KUSH, drums, TOM KOPAZ, tenor sax DONNY SEBASTIAN, lead guitar, JOEY SEBASTIAN, bass, (a Danelectro 6 string) tuned down an octave lower. And me on rithym guitar. We had 14 songs practiced up for our first gig at Brookfield Central. Each tune had so many solos in them to make sure our set list would make it through the night. Waw waw!

“The military ”
While in the service, I was part of many throw together vocal groups. We sang doo-wop.
In the barracks, that had some really good acoustics I might add.

Family
It was time to settle into marriage and raising a family, The actual performing took a back seat to my wife and the kids for some time. With workin construction, and another part time job,the music had to be put hold for for a while. 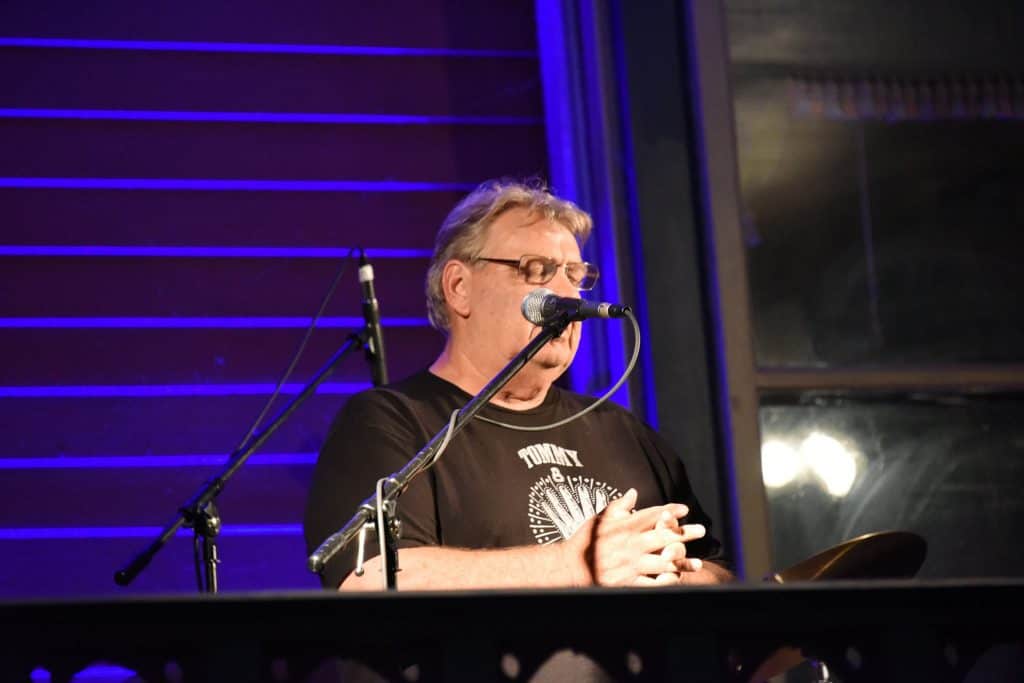 ” 70’s ”
Started a band with my brothers, and fellow Butlerite GREG King . Duffy P. And company
Then mid 70’s I started singing for weddings in church, which led to choirs at St. AGNESS in Butler wis.

“80’s”
Duo time, Jack Goes, (Rated P..G.) for two years. This was a great experience. Jack pushed me to take a whole different approach, looking at the stage presence and entertainment aspect of performing as well as the music end of it. I had no clue!
J.P. DUFFY and the OFF HAMPTON BAND.

Richard L. Diedrich: That is great. Your parents encouraged you all in music. For years I thought your parents were deaf, after they got your brother Steve that drum set. lol j/k.

Jeffrey Pulvermacher: I didn’t get to the Steve part yet. My phone is givin’ me grief.

Kathy Klamik: Such a great memory. I remember things going on at home as a kid, but in grade school not as much as you. Like raising money for the Pagan babies, or name of bands and names. The Matadors, Scott, Joe etc. Greg King. That goes WAY back. I enjoyed reading all from back then. Thanks.

Jeffrey Pulvermacher: Sorry for the interruption, this phone was acting up! Continue reading.
Guy, Mick, and I changed the name of the band to J.P . Duffy, and the OFF HAMPTON BAND. Now enter Jeff Smith, and my brother Steve. ……. myself on rithym guitar, and vocal, Mick on lead guitar and vocal, Guy on bass and vocals, Jeff played keys and vocals, and Steve on drums. This group stayed together for guite a few years.

90’s – This is the time in which the horns came into the band, Rick lacy vocals. 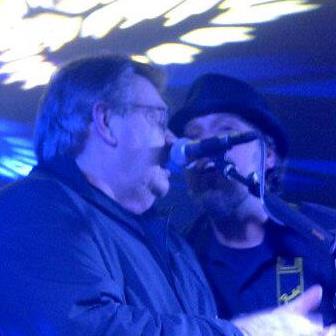 Jeffrey Pulvermacher: Pete Kohanski on bass and vocals then Pete went to law school, enter Chuck Loth on bass and vocals, Jai Cherney on keys ,vocals, Tim Miller, percussion and trumpet, myself on tenor sax, Tom Hagen on drums. This was J.P . DUFFY AND THE FLIPSIDE. There Have Been other players through the years, and they have all been a meaningful part of my musical legacy Drummers , Kevin Bauman, Scott Motet, Bob Lalco, Jim Wiedabach, Keys Bob Makoski and on trumpet and vocals, Brian Streator , last but definitely not buy any means least my bare foot alto sax and vocals star MR. DAVID DEEDS R.I.P. MY FRIEND!

Jeffrey Pulvermacher: As reading back Rick Richard Thomas Lacy, was the Santana clone, lead guitar and vocal. Sorry my friend, that part of the story was where my phone took a crap!

Marjie Bromberg: I really enjoyed reading your music history and how it all came about Jeff. Never knew all this. I remember the “good ‘ol days” of the Off Hampton Band and when you played at the Meadow Inn. Many fun and fond memories. That band was one of the best in the Milwaukee area. You all were well seasoned players and Soooo much talent in one band. Amazing! It was always a pleasure and something to look forward to after a long work week to come and hear all you play and sing. I would love to relive it!

Marjie Bromberg: The fun part was listening to you tell all your ethnic jokes on your breaks….LOL!

Jeffrey Pulvermacher: Thanks Marjie, there’s a lot I left out, but the story was getting rather lengthy. I failed to mention the guest appearances, such as yourself, and when you would get those head rushes on those long drawn out notes.

Mike Reilly: Jeff, were your band members all from Wauwatosa West HS?

Jeffrey Pulvermacher: No, none of them.

Jeffrey Pulvermacher: Nope, Bill Bielfuse had a band in high school, with Wayne Borniman, and All Sorenson! They were the shit when I went to Tosa West

Mike Reilly: Can you provide more member background info? Some of the Pulvermacher family went to Hamilton High School.

Jeffrey Pulvermacher: My brother Steve played with or rehearsed with Mark Kenney, and Mark Brunner. My sisters, Peggy and Amy always sang, mostly as members of the choir at St.Agnes.,My Son Keith was in the band ,The Unexpected, a Hamilton High school staple back in the late 80’s! 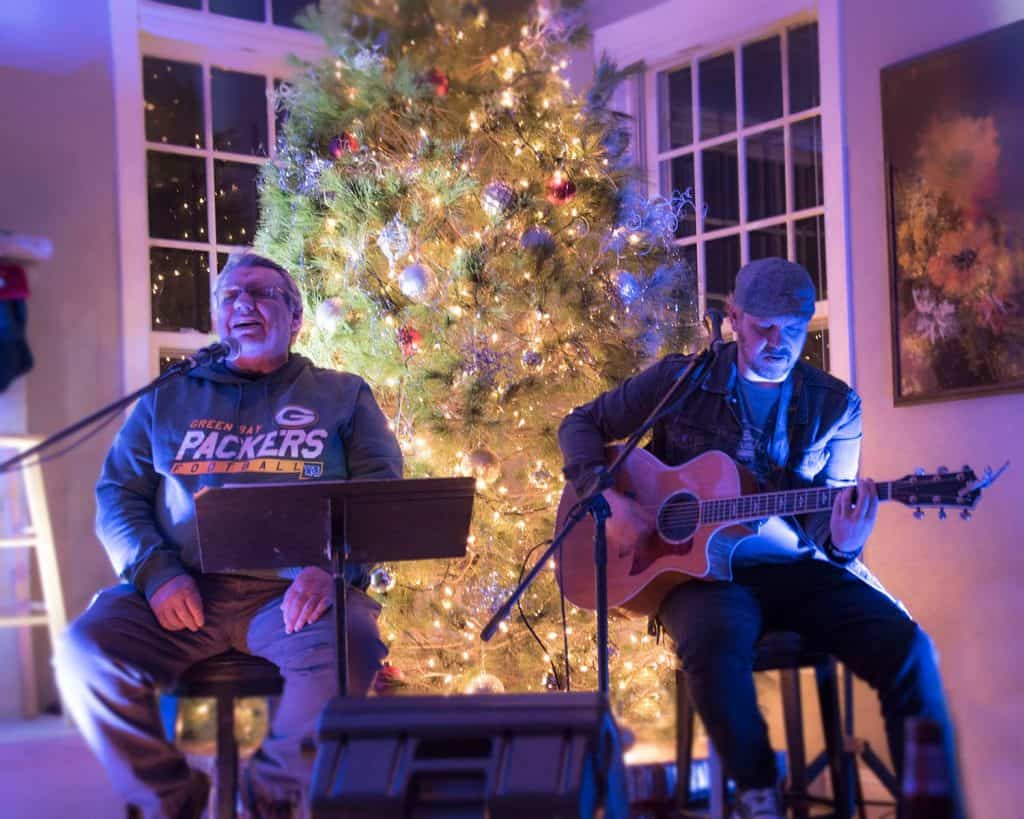 Mark Kenney: I remember shaking the rafters at St. Agnes gym with your brother Steve around 1970. We were having band practice at your folks house and someone came in and said we could play at a CYO function. So we hauled our gear (on foot) to St Agnes. Great memories!!!!

Jeffrey Pulvermacher: My band recorded there in the 70’s.

Mike Reilly: Jeffrey Pulvermacher Ever play in his studio, or record? We’ve got the first 45 rpm of a Germantown group “Fresh Air” with the LB logo before it changed to the Blue Eagle in our Museum.

Mike Reilly: Jeffrey Pulvermacher Were records cut, I don’t recall seeing anything, or did they just record on reel to reel?

Jeffrey Pulvermacher: We just had the reel-to-reel . In fact I should still have the reel somewhere.

Dick Schraufnagel: I remember you sang for our wedding. Also, when Jim had his grade school grad party you opened up your guitar case and there were two cans of beer in there. Just enough to get the whole class d

Jeffrey Pulvermacher: Who…..me? I think Brenner put them in there!

Dick Schraufnagel: Sure, blame it on Bob.

Chelsea Andruscavage: First thing I do when starting any project/work is put some tunes on!!! It was fun at the wedding reception when chads side of the family realized I was related to those singers at the ceremony ???? ????

Jack Goes: Jeff, the time that we spent together in our duo, was a transformation for me. It made me realize that I was taking music too seriously. You have to have fun on stage otherwise the audience doesn’t have fun. And we had fun!! Lots of it! But you also turned me on to many great classic tunes that I would have never listened to. Best of all, you were willing to perform original material, which was totally cool and actually pushed me in my own writing. Oh, and I met my ultimately patient, “live in reality coach” of 37 years and beautiful wife of 28 years, Kim, while we were playing out. So in business and personal terms, my knowing you has been a truly blessed “win/win” for me. Thank you my brother!!

Guy Colasacco: Mr. Goes was instrumental ( pun intended ) in orchestrating ( pun intended ) some interesting combinations of musicians. He lured me into ” Slippery When Wet ” with his talent and stage presence. When that ran it’s course he introduced me to the J.P. Duffy Band. Great guys, great songs, solid. I learned their songs as fast as I could so they would know I was seriously interested in becoming a member. We grew as musicians for years and had fun doing it. Mr. Mick O’Brien ( another Off Hampton member ) and I ended up being best of friends for all time. All because Of Jack. It must be nice to sit back and think, ” I did all that ” ! Yes you did my friend and a public thank you was long overdue. Thank You !

Peggy Pulvermacher Riedel: Ahh…those were fun times. Every weekend stuffing ourselves into the Meadow Inn or Brass’ 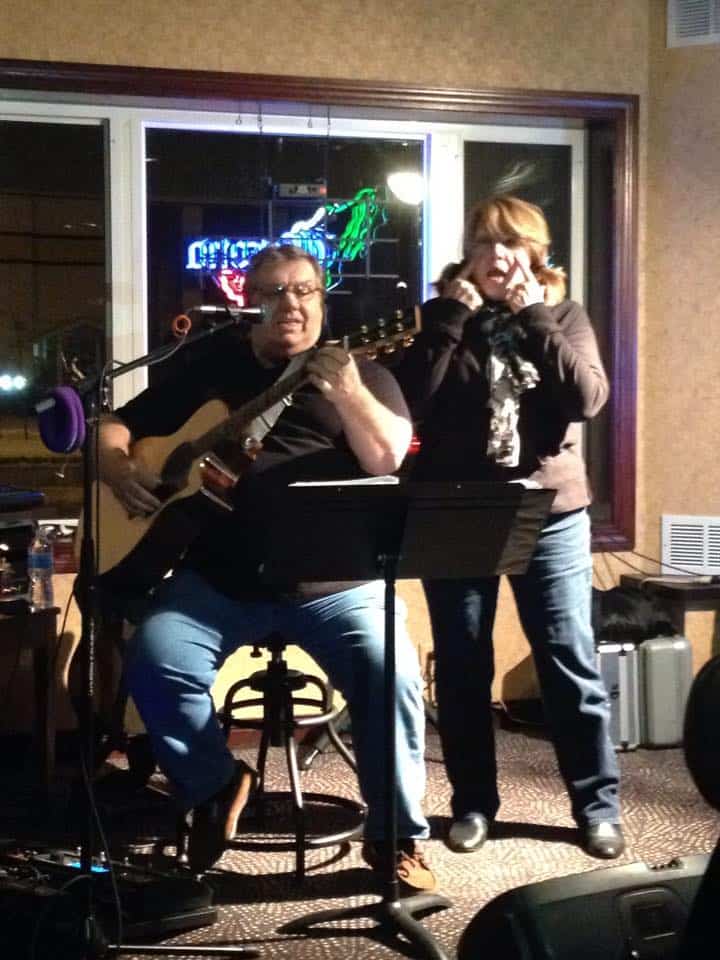